The release of Diablo Immortal seems imminent. Blizzard has just opened the pre-registrations on the Google Play Store to benefit from the game as soon as it is released. On iOS, unfortunately you will have to watch for its launch or wait for an official announcement.

The most popular hack-and-slash is about to arrive on mobile. Announced under the boos of fans of the franchise who expected Diablo IV at Blizzcon 2018 , Blizzard nevertheless continued its development to present it in more detail this year. Diablo Immortal is due out this year on iOS and Android without any date having been confirmed yet. The MMORPG could arrive very soon, it is indeed already possible to pre-register on the Google Play Store.

How do I pre-register for Diablo Immortal on the Play Store?

The title is not yet available, Blizzard probably settles the last details of Diablo Immortal to ensure that it will take the place it deserves on mobile, where many clones are already swarming. Blizzard has opened pre-registrations for Diablo Immortals on the Google Play Store to allow players to have access to the game as soon as it is released. IPhone and iPad owners will have to wait a little longer until it is officially launched.

The description of Diablo Immortal confirms the information we had about its scenario and its gameplay. Players will be able to choose from six character classes (barbarian, demon hunter, monk, necromancer, crusader and wizard). Blizzard announces a “massively” multiplayer title, although the videos seem to rather indicate that groups will be limited to ten. It remains to be seen if the micro-transactions will not transform it into pay-to-win, and if the title will not be too energy-consuming. Diablo Immortal indeed requires a permanent connection to the internet, even solo . 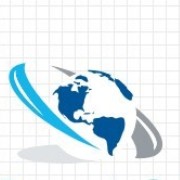 Samsung Galaxy A Quantum price in Bangladesh and Specification